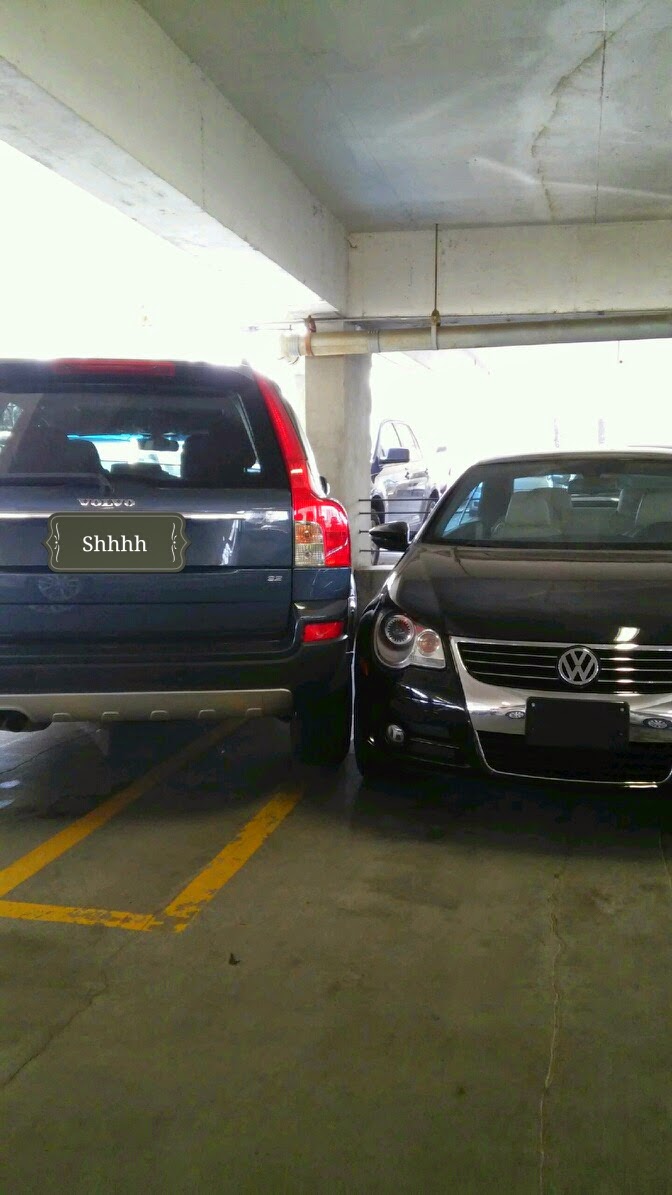 So this happened. While I was at work, one of my coworkers came to my desk to tell me that she parked very close to my car. So close, in fact, that she would not be able to leave until I left. She also said, "Don't worry, I didn't hit your car."

My initial thoughts were as long as she didn't hit my car it didn't matter. However, she parked so close to my car that other people cared. One person cared so much, she took a photo and brought it to my desk so I could share in her curiosity and outrage.

Before I continue, my car is the Volkswagen and hers is the awkwardly parked SUV. To which, I still don't understand how she pulled into her space like that because the way she parked couldn't possibly be recreated without damaging someone's car.

Anyways, this coworker didn't just share the photo with me. She made sure to share this photo with anyone near by. And that's when it began. "Oh no she didn't!" "How could she be so stupid?!" "That couldn't have been me!"

While everyone else was going on about how they would cuss her out, fight her, report her to building management, and work to get her car towed and/or fined, I shrugged my shoulders and said I was happy that she didn't hit my car.

People stared at me in confusion and said it's the principle of the matter. They said I should be angry because they were angry even though it didn't happen to them. I said I'd rather be grateful for what didn't happen rather than get upset about what could have happened. I was told I was being too nice. She needs to understand what she did.

I didn't see it that way.

Sometimes in life we get so worked up about the could haves that we completely dismiss what is. In this situation, despite how close she parked to my car, she never touched it. There were no dents, no scratches and it wasn't impossible for me to move my car because I was parked on a corner. Negative what ifs do not deserve my emotions. They aren't real, but my emotions are. 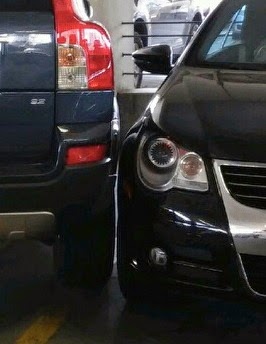 In my opinion, what didn't happen far outweighs
what could have.


Posted by nikkisunshine at 1:50 PM